We often receive the question whether it is worth to upgrade a laptop with an SSD through a HDD Caddy for example. The answer often depends on how you use the computer. In most computer shops you often see SATA3 SSD but what exactly does that mean? How relevant is that when using SATA SSD. In this article we want to make a few things clear so that the decision to purchase an SSD becomes easier.

"SSD makes your laptop faster because of SATA3"
By using SSD your laptop and programs will boot faster. Often the argument that is used for this, is that an SSD has SATA3 and therefore your laptop becomes faster. But there are also hard disks with SATA3 connector interface. However, they are not as fast as an SSD. How exactly does this work? The two main features that make your laptop faster using SSD are:

The access time is the time that is necessary in order to request a file. This is superior to a solid state drive with respect to a hard disk. The short access time of an SSD has the most impact on the improved user experience. Because of the access time of SSDs, programs and files appear quickly to your screen. Not only is the startup of programs is much faster but also all the data working within the programs will start faster so programs can also work faster. Think of a game in which some images or videos to be retrieved while playing. Despite a quick game PC Hard disk speed sometimes cannot keep up and you get hiccups. There is no classification made for access time (not as SATA1 or SATA3). The access time is indicated with a number (or may not be described at all). Access time is relevant for all laptops. Even old laptops will benefit from this. 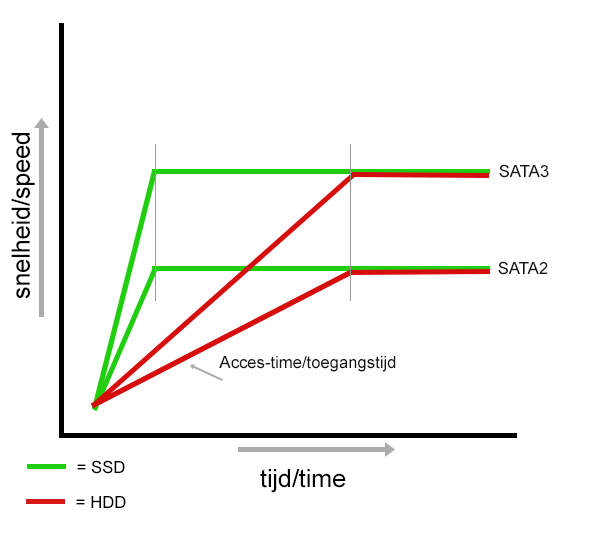 So if you have an old laptop, for example, that still only supports SATA2 it is still worth to upgrade with a SATA3 SSD. The short access time is still relevant and have great impact on the performance. But keep in mind that if you work with large files, such great photos and videos that you will benefit more if you can also support SATA3.

Another interesting point is that there are hardly any hard drives that are faster than the SATA2 interface. Most hard drives can not exceed 150mb / s - 200mb / s. A SATA2 interface has a maximum throughput of 300MB / s. That is well above it. On the market you'll find hard disks with SATA3 interface but in practice these hard drives will never be able to fully utilize this speed due to mechanical constraints. Only SSDs can be even faster even than 600mb / s! SSDs are also superior in that respect.

Did not find your laptop?
Ask us info[at]hddcaddy.com 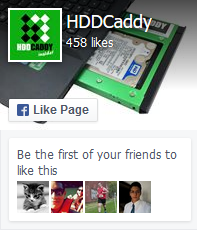